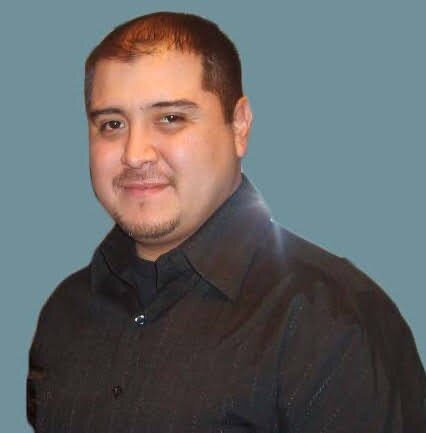 EDINBURG - Alfredo "Freddy" Cabrera III, 46, passed peacefully Monday night, August 22, 2022, in San Antonio, Texas. Freddy graduated from Edinburg North High School in 1994. He was a graduate of The University of Texas at San Antonio, where he earned a Bachelor of Arts degree in History. Alfredo was preceded in death by his mother, Juana “Janie” Montoya, and father, Alfredo Cabrera. Freddy held a deep love of music and marching band. He was a proud member of the Blue Knights Drum Corp. He spent many years following this passion. Freddy also worked in various areas of sales throughout his life. With a heart made of gold, Freddy was a dedicated friend to many who thought of him as their family. He had an infectious laugh and loved to reminisce of the antics of him and his friends through the years. He was the consummate wingman and always made time to celebrate and joke with those in his life. Freddy wore his heart on his sleeve and was loved by many in return. Alfredo is survived by his grandmother, Maria Alejos; numerous uncles, aunts, and cousins. He leaves behind many life-long friends who will miss him dearly. Visitation will be from 5 p.m. to 9 p.m. with a 7 p.m. rosary, Sunday, August 29, 2022, at Legacy Chapels 4610 South Jackson Road in Edinburg. Chapel service will be at 10 a.m. Monday, August 30, 2022, at Legacy Chapels in Edinburg. Interment will follow at Val Verde Memorial Gardens in Donna. Even though Freddy was taken too soon, he lived an extraordinary life surrounded by people who cherished him. Epitaph on My Own Friend By Robert Burns An honest man here lies at rest, As ever God with His image blest: The friend of man, the friend of truth; The friend of age, and guide of youth: Few hearts like his, with virtue warmed, Few heads with knowledge so informed: If there’s another world, he lives in bliss; If there is none, he made the best of this. Funeral services are under the direction of Legacy Chapels in Edinburg.
To send flowers to the family in memory of Alfredo Cabrera III, please visit our flower store.