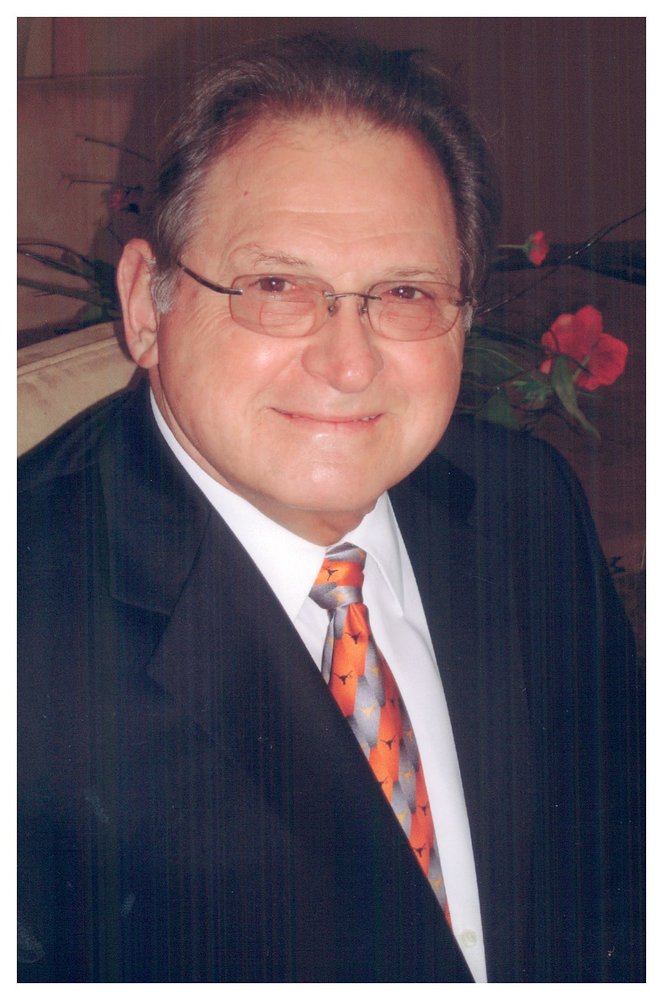 BEN L. GARZA, M.D. "DR. BEN" EDINBURG - Our beloved father, grandfather, brother, uncle, and friend, Ben Leonel Garza, passed away peacefully at his Edinburg home on February 5, 2021, at the age of 82. Ben, known to many as “Dr. Ben”, was one of ten children born in Mercedes, Texas, to Leoncio and Nellie Chapa Garza on January 17, 1939. He practiced medicine for over 45 years in Edinburg. Upon graduation from the University of Texas College of Pharmacy in 1961, he managed his family’s drug store in McAllen, where he began a life of service to his community and made some of his closest friends. He then attended medical school at the UT Medical School Branch in Galveston. After graduating, he practiced medicine at the Edinburg Medical Center with his brothers, Dr. Omar and Dr. Marin Garza, Dr. Armando Osio, and Dr. Rolando Yarritu, who continues to practice there today. His love of sports was widely known to everyone. He was especially loyal to the UT Longhorns, the Pan-Am Broncs, the St. Louis Cardinals, and the EHS Bobcats. Serving as team doctor for the UTPA Bronc Athletic Program from 1981 and the Edinburg School District athletic teams from 1975 until he retired, you could usually catch him on the sidelines on any given game night. He was awarded an honorary membership in the Southwest Athletic Trainers’ Association in 1999 and inducted into the City of Palm Football Hall of Honor in 2000. He received the Rio Grande Valley Sports Hall of Fame Distinguished Service Award in 2009, the University of Texas Pan American Athletics Hall of Honor Award in 2010, and the UTPA Broncs Leadership Award in 2015. Ben loved his family, community, and his life. Some of his civic activities included serving as Edinburg School Board Trustee, Texas Jaycees State Director, American Cancer Society President, Hidalgo County Health Officer, member of the Edinburg Urban Renewal Board, and American Humanics National Board of Directors. He also served on the State of Texas Governor Advisory Board for Juvenile Justice and Crime Prevention and the State Bar of Texas Commission for Lawyer Discipline. Ben retired as a full Colonel in the Texas National Guard after 20 years of service. He mentored young people as a Medical Explorer Post Advisor and a scoutmaster, and served on the Boy Scouts of America National Committee for International Scouting. He completed Wood Badge, was a member of the Order of the Arrow, and was honored with the highest award in scouting, the Silver Beaver Award, in 1985. He worked with numerous UT Pan American committees, the Fellowship of Christian Athletes, and the Texas Medical Association. The American Heart Association honored him with their Heart of Gold Award in 2000. In 2008, he was named General Physician of the Year by the Hispanic Chamber of Commerce. Ben loved to golf, hunt, and travel with family and friends. He played 76 of the top 100 courses around the world and visited over 33 countries. He enjoyed music, especially the Rolling Stones and mariachi. He liked to paraphrase Mick Jagger: “You can't always get what you want…But if you try sometime…You get what you need.” Ben was preceded in death by his parents Leoncio and Nellie Garza; sisters Ofira Garza Guerra, Ofelia Garza Saenz, and Tillie Garza; brothers B.L. Garza, Oscar Garza, Oswaldo Garza, Omar Garza, and Homero Garza; brothers-in-law Alvaro Saenz and Ernesto Guerra, Sr.; and sisters-in-law Anna Garza and Margaret Garza. He will be deeply missed by those he left behind. He is survived by his brother Dr. Marin Garza (Peggy); sisters-in-law Yolanda Garza and Dora Garza; and numerous nieces, nephews, and cousins. He leaves behind his loving wife of 32 years, Patty Garza, his cherished daughters Loretta Ann Garza, Veronica Isabel Garza Cowan (Todd), Brooke Noelle Shaffner, and Brennan Sikes Shaffner Hoppe (Tom); his beloved sons Ben Leonel Garza II (Trish), Steven Eugene Garza, Cesar Arturo Garza, and daughter-in-law, Tonya Dianne Garza; and 8 grandchildren: Tucker, Olivia, Lauren, Hailey, Lily, Leslie, Gabi, and Ava. Ben’s family was a great inspiration to him, and he owed much of his success to his parents and siblings and their belief in education, hard work, and serving one’s community. A celebration of life service will be held at Legacy Chapels 4610 South Jackson Road in Edinburg at 2 pm on Saturday, February 13, 2021. The family requests that there be no reception line and that everyone adheres to the CDC rules of social distancing and mask wearing. Cemetery services will be for immediate family only. The family would like to especially thank Magaly Colunga for aiding in Ben’s care in his latter years. A private interment will be held at Valley Memorial Gardens in McAllen. Honorary Pallbearers will be Eddie Burford, Richard Cantu, Dr. Todd Cowan, Richard Flores, Carlos Garza, Dr. Jim Garza, Dr. Marin Garza, Carlos X. Guerra, Tom Hoppe, John Lerma, Jerry Patchen, Myles Sikes and Dr. Rolando Yarritu. The family request donations be made in Ben's honor to the American Heart Association. Funeral services are under the direction of Legacy Chapels in Edinburg.
To send flowers to the family in memory of Ben L. Garza, M.D., please visit our flower store.