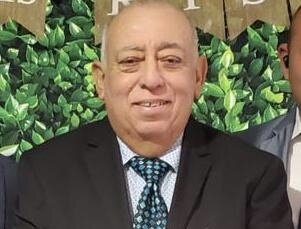 Cesar G. Del Bosque Monterrey, Nuevo Leon – Cesar Guillermo Del Bosque Diaz, 59, entered eternal rest Monday, April 11, 2022, in McAllen, Texas surrounded by his family. Mr. Del Bosque was preceded in death by his father Candido Del Bosque; his sister Maria Dolores Del Bosque; his brother Alejandro Del Bosque. Cesar from an early age was passionate in singing and music. He was well known by people that knew his great voice and talent in music. Although he had an opportunity in the Music industry to be successful, he came to the US seeking a better life for his family. He became incredibly talented in HVAC and Electrical work that he decided to start his own business. Besides his diligent work for his business and his music, he enjoyed nature, hunting, and going fishing in his free time. While living in the Rio Grande Valley, he met Jesus Christ and turned his life for the better. For half of his life, he gave his heart in serving others and used his musical talents for the kingdom of God. He even created his own album and a whole binder of music inspired by God of his personal life and trials. Wherever he went he would share his testimony and inspire others to turn their life around. He was compassionate and nonjudgmental, always willing to hear another person’s story. He was very sensible and empathetic that he could feel another person’s emotions and always saw the best in them. Cesar’s generosity was immense; he always felt called to share the good things in his live and uplift the people around him. He always had funny jokes and witty comments that would cheer up anyone’s mood. Cesar was also known for being very dedicated to anything he put his mind to. From all his passion and dreams, when he had an idea or vision, he would put his whole heart into it. In his late teens was where he met, fell in love, and married his beloved wife, Nora Del Bosque. Their love gave them four children of whom he is immensely proud of. During sickness, he kept fighting and continuously grew stronger in his faith, even throughout all the difficulties. Although he is gone, the impact that he had on people will continue to ripple through those he left behind. Cesar Del Bosque will be remembered for living his life as written in the book of 2 Timothy 7 – 8, “I have fought a good fight, I have finished my course, I have kept the faith: Henceforth there is laid up for me a crown of righteousness, which the Lord, the righteous judge, shall give me at that day.” Mr. Cesar Del Bosque is survived by his mother, Dolores De Leon Diaz; spouse, Nora Del Bosque; sons, Cesar Alberto Del Bosque, Luis Guillermo Del Bosque, and Angel Eduardo Del Bosque; daughter, Angela Valerie Del Bosque; five grandchildren and numerous nieces and nephews. Visitation will be from 5 p.m. to 9 p.m. with a 7 p.m. prayer service, on Wednesday, April 13, 2022, at Legacy Chapels 4610 South Jackson Road in Edinburg. Followed by a 10 a.m. chapel service on Thursday, April 14, 2022, at Legacy chapels. Interment will follow at Val Verde Memorial Gardens in Donna. Funeral Services are under the direction of Legacy Chapels.
To send flowers to the family in memory of Cesar Guillermo Del Bosque Diaz, please visit our flower store.