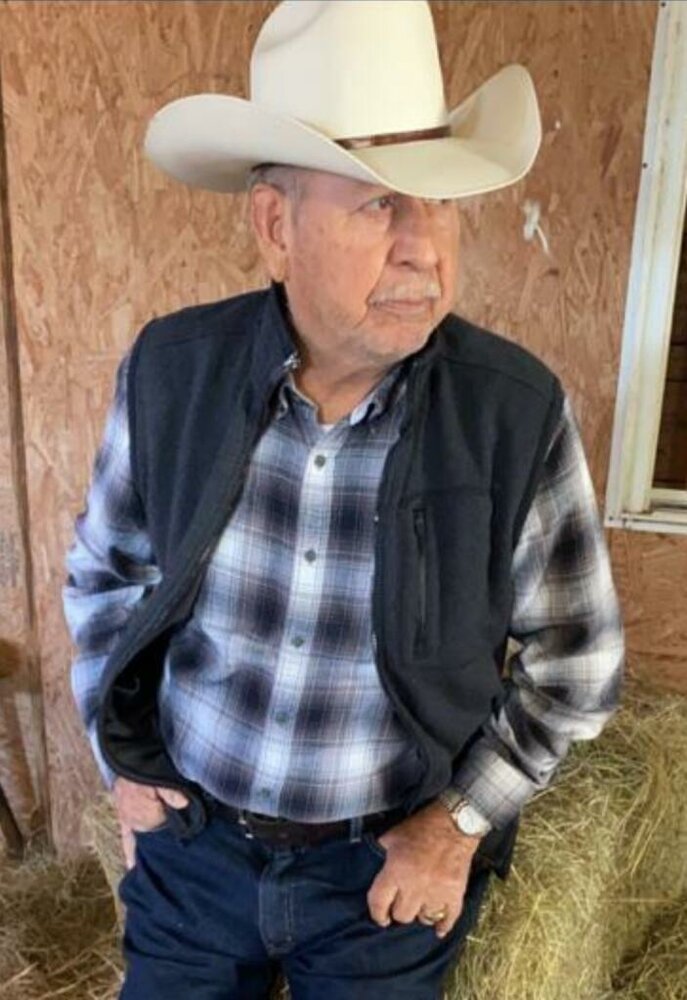 ROBERTO "BETO" RAMIREZ Roberto “Beto” Ramirez, 86, of Mission passed away on January 26, 2022, in Mission, Texas. Roberto “Beto” Ramirez was born in La Grulla, Texas to Higinio and Severa Ramirez on October 30, 1935. He was married to Yolanda Ramirez for 60 years. Beto was a hard worker from a very early age and last worked as a landscaper for Blue Grass Farms in Big Rock, Illinois. He was a very generous man that could be counted on by anyone who needed help. As you looked at him, the roughness of his hands depicted the hard labor he endured to support his family. Although his hands were rough and callused, the sincerity in his heart was pure. It was with his hands that he worked hard to support his family and it is with his hands that he exacted the discipline that was needed. It was with his gentle hands that he gave love and the tight embraces that you never wanted to let go. As you stared into his eyes, they had not been hardened by the hand he was dealt in life. He lived an honest life surrounded by a loving family. Beto lived each day for the joy his grandchildren brought into his life. When you asked him how many grandchildren and great grandchildren he had, his best estimate was, “chingos.” And he was right. Roberto is preceded in death by his son Armando Ramirez, his granddaughter Ariana Ramirez, parents Higinio and Severa Ramirez, his siblings Consuelo Nava, Severa Nava, Ramiro Ramirez, and his son-in-law Carlos Garza. Beto is survived by his wife, Yolanda Ramirez, children, Roberto (Thelma) Ramirez, Anna (Octaviano) Beltran, Eduardo (Veronica) Ramirez, Jerardo Ramirez, Araceli (Manuel) Garcia, Veronica (George) Quiroz, Angelica Ramirez, Sonia (Carlos) Garza, Alma (Arnulfo) Ramirez-Ruiz. Siblings are Simon Ramirez, Lydia Ramirez, Higinio Ramirez, Juan Ramon Ramirez and Esteban Ramirez. Grandpa Beto is survived and very much loved by his 31 grandchildren and 5 great-grandchildren. Funeral services will be held at Legacy Chapels, 4610 S. Jackson Rd., Edinburg, TX 78539. Visitation will begin at 4:00 p.m. on Sunday, February 6, 2022 and the Rosary will follow at 7:00 p.m. Mass will be celebrated at San Martin de Porres Catholic Church, 621 W. Main Ave, Alton, Texas 78537 on Monday, February 7, 2022 at 11:00 a.m. Burial will follow at 1:00 p.m. at Valley Memorial Gardens Cemetery, 3601 N. Taylor Rd, Mission, Texas 78573. Arrangements are by Legacy Chapels (956) 618-5900.
To send flowers to the family in memory of Roberto Ramirez, please visit our flower store.