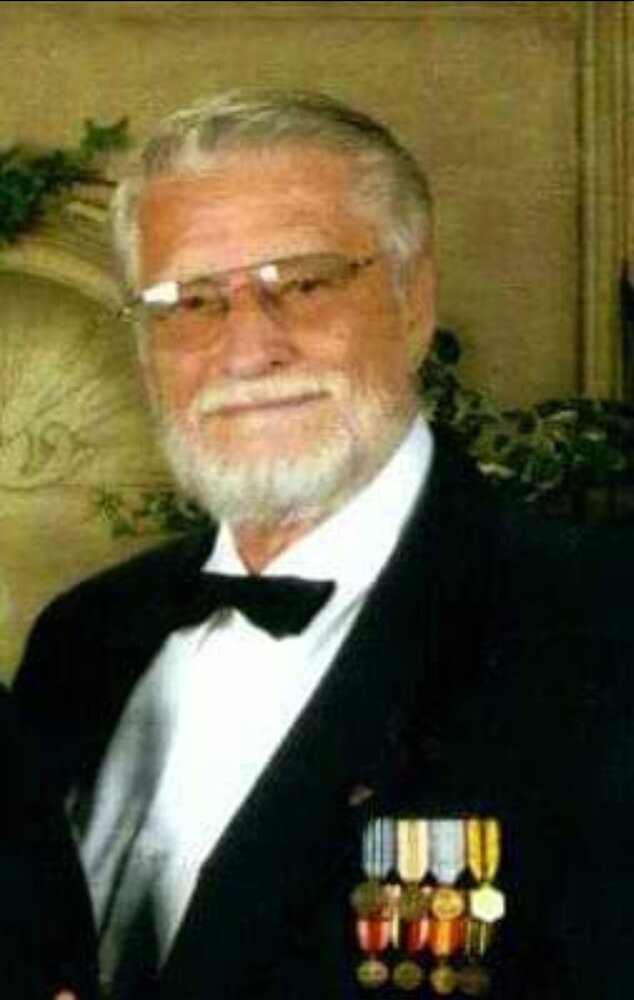 WALTER E. GREENE MCALLEN- Dr. Walter E. Greene, 92, a retired Business Professor at the University of Texas Pan American (1985-2005) and a Retired U. S. Air Force Officer (1947-1967), died peacefully at his home on September 19, 2021. Dr. Greene, a professor of International Business and Strategic Policy on the graduate faculty at UTPA, joined the faculty at Pan American University on April 25, 1985 as their Director of Small Business Institute and retired September 1, 2005, just ten days prior to his 76 birthday. Many of Dr. Greene's former students still maintain contact with their favorite professor. Dr. Greene taught college classes for 40 years prior to his retirement, and that was after 20 years in the U.S. Military service. He was born September 11, 1929 in Elwood, Indiana to Walter and Nellie Ethel Greene. He married Ruth Violet Vincent of Aurora, Colorado on December 30, 1949. She preceded him in death on December 8, 1999, 21 days prior to their 50 wedding anniversary. He is survived by his second wife, Gloria Yvonne Salas Greene. His children: David Allan Greene and wife Marva of Bandera, Texas, Donald Michael Greene and wife Cindy of Thornton, Colorado, Diane Sue Jackson of Edinburg, Texas, and Andrea Salas Garza and husband Baldemar of McAllen, TX. His daughter Donna Mae Nelson preceded him in death on November 11, 2015. Five granddaughters, Jessica Rose Greene, Amy Nelson Gordon, JoLene Kucera, Anissa Leanne Garza and Cedra Greene; three grandsons, Baldemar Garza, Jr, Adrean Bernabe Garza, and Wade Sterling Hoskins. There are also nine Great Grandchildren. Dr. Greene is also survived by his brother Daniel of Columbus, Indiana and sister JoAnn Spears of New Albany, Indiana. Dr. Greene received a B.S. from the University of Maryland in 1959, a M.S. from the University of North Dakota in 1967 and his PhD from the University of Arkansas in 1976. He also held a lifetime accreditation as a Professional Human Resource Manager in the Society for Human Resource Management Association. Dr. Greene held membership in numerous honor societies (AKY, BGS, DSI, DNA & SAM to name a few) and was a "Fellow" of the Association of Small Business Entrepreneurs. Dr. Greene started his teaching career as a part time instructor with the University of Alaska, Anchorage while still on active duty with the USAF. Dr. Greene was also a life member of AARP and NRTA. Dr. Greene enlisted in the U. S. Army in August, 1947 and served in the U. S. Army of Occupation in Germany from 1951 to 1956. He was with AACS Communications Squadrons in Alaska (11 years before it became a state), in the Pentagon, and in Germany (Walter was an Amateur Radio Operator WA0WEO). After his Commission in 1956, he was stationed on the Dew Line in Alaska, served on AC&W Early Warning Radar site at Cape Lisbourne as their C&E Officer, then the741SMS, 455 Strategy Missile Squadron minuteman missiles) until his retirement on September 1, 1967. Captain Greene was also a life member of the MOAA, VFW, DAV, 40&8, and the American Legion in Hidalgo County, McAllen, Texas. He was a member of the Edinburg, Texas Chamber of Commerce serving on numerous committees including their Ambassadors committee and was their Champion of the year 2009. Dr. Greene also served with the City of Edinburg Zoning Appeals committee for several years. Walter was a life member of the Elks club of McAllen, Texas and a member of the Brookmeade Church in Nashville, Tennessee, but was attending the First Christian Church in Edinburg. TX. Walter was a member of the St. Johns Masonic Lodge #20 in Columbus, Indiana for over 60 years (Dec 1956 until his death, 64 years in December. 2020); The Order of Eastern Star in Edinburg, Texas (54_vears in Norember. 2020); a past member National Sojourners Dakota Chapter #478; Past High Priest RoyalArch Hidalgo Chapter #434 Weslaco, TX & Tyrian Chapter #14, Minot, ND; Past Trice llustrious Master R.S.M. Council #353 Weslaco, TX & Council #9, Minot, ND. He also served as Past Eminent Commander, DeMolay Chapter #10 York Rite, in Minot, ND & Hidalgo Commandery #94 in Weslaco, TX. (He was also a member for 57 years in the York Rite May 2021 and 54 years OES in November 2020.) He belonged to the Scottish Rite in San Antonio and the LOP #14 in Weslaco, TX (Only SR Since May 18, 1979). He was a member of the Al Amin Shrine of Corpus Christi, Texas at the time of his passing, and had been a member of Kem, Moolah and AI Menah Temples. (A Shriner for 57 years in Mav. 2021.) Dr. Greene was a life member of the Pharr, TX Nomad Shrine Club. Dr. Greene was also a member of the International Shrine Clown Association and a Joey in the Clowns of America #374. Capitan Greene, served as Commander of the Al Amin Shrine Legions of Honor 2013. He was awarded the Holy Order of High Priesthood in Nashville Tennessee in 1981 and awarded the Silver Trowel for exceptional Service from the Grand Lodge of Tennessee in 1981. He received the Golden Trowel Award from Hidalgo Lodge 1036 in 2015. A Masonic Funeral Service will be at 11 a.m. Friday, September 24, 2021 at Legacy Chapels 4610 South Jackson Road in Edinburg. Military honors will be observed before interment with his First wife in Fort Logan National Cemetery in Denver, Colorado. Cards may be sent to his surviving wife, Gloria Yvonne Salas Greene. Funeral services are under the direction of Legacy Chapels in Edinburg.
To send flowers to the family in memory of Walter Greene, please visit our flower store.